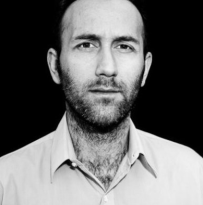 Kyle Semmel, who goes by K. E. Semmel professionally, is the kind of guy who works to make other people look good. I get him, as this is very much the way I’ve often felt about myself and my day job, where I scrutinize projects to make someone else shine while I stand in the background. It’s not actually as martyr-like as it sounds. In fact, I think we both prefer it this way.

Kyle spent years working in nonprofit marketing and communications just as I have, so I know this role requires ensuring that places, people, products, etc. are presented in the best possible light. People like us stoop over computers in dark rooms creating materials for others to present. People like us give them their messaging, edit their letters, design their elevator pitches, write their brochures. People like us shape and polish the rough ideas of others. It’s not so different when you think about what editors do.

Kyle met Andrew Gifford, the founder and director of the Santa Fe Writers Project (SFWP), when they were both working at the American Psychological Association in Washington, DC. Due to their shared love of literature and similar tastes and goals, they “really hit it off.” Kyle has been involved with the press since its early days as a development editor, and has enjoyed watching it grow—albeit from the wings while Andrew stands in the spotlight. 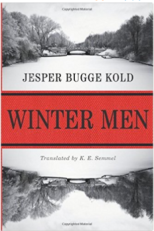 He has also taught fiction, written and published—in the Ontario Review, Washington Post, World Literature Today, Southern Review, Subtropics and elsewhere—and become a freelance translator. To date, Kyle has translated eight books from Danish and Norwegian (and is working on his ninth). Most recently published is Jesper Bugge Kold’s Winter Men.

Because I saw that he has a BA in history and English from Edinboro University in Pennsylvania and an MA in English from Kansas State University, I asked when and how he learned these other languages. I figured he must have Danish and Norwegian grandparents or something. It wasn’t that direct.

“My relationship to Danish and Norwegian actually began with German,” Kyle said.“I learned German because I love German and I did study it in college, though I don’t hold a degree in it. I met my wife in graduate school, and she is Danish, and when we finished our degrees, we moved to Denmark and lived there for three years. I took formal training in Danish for six months and have continued to study Danish ever since as a translator.”

“Because I’d studied German, Danish (which shares many traits) came quite easily to me,” he continued. “Since Norwegian is very similar to Danish, it is actually easy for me to read it and therefore translate it.” This we don’t have in common. Am I the only one who can’t quite imagine this being so fluid and easy?

Kyle’s work at SFWP has involved everything from helping get the press off the ground at the beginning to reviewing and editing submissions to managing the journal—and turning it into a quarterly publication—to starting ”Translator’s Cut,” an interview series with other translators. But, he said, “I feel it’s time to step back—which is why I asked Melanie to take over,” telling me about the new editor of the Quarterly. “She’s got great ideas and it’s simply time to move on. That said, I will continue to support SFWP and always will, and that includes copy editing, etc.”

While his teaching and writing have been helpful, he credits his translation work as “probably the very best training for doing any editorial work. Every time I submit a translation, I go through an editorial process, and that is a grand education in how to read/edit a manuscript. The greatest possible training for any editor is to be edited intensely and often, as I have,” he said.

Although he’s very happy to call himself a full-time writer and translator now, Kyle confessed to me that he will likely end up back in communications long-term, which he loved, as I do. I was pleased when he told me that my recommendations and best practice tips for social media were helpful to him since he’s been out of the fray for a while. He admitted, “I’m waaay behind the curve on new trends.”